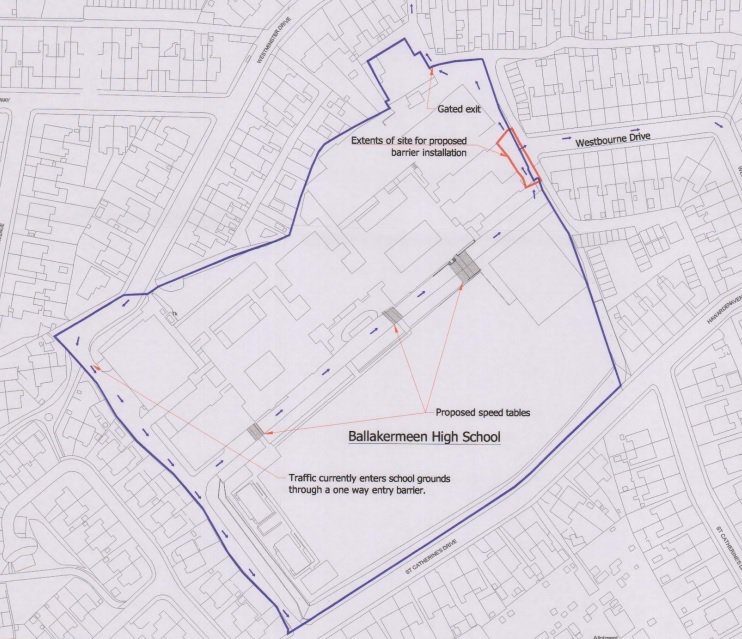 Residents by Ballakermeen High School have expressed alarm over traffic calming plans, which they say could lead to further congestion on busy streets in the area.

It comes after a meeting was held this week (Wednesday 21) to discuss proposals for a one-way system through the school.

The plans by the Department of Infrastructure propose a new access point on Westbourne Drive for cars leaving the premises.

It was requested by school leaders, who said current traffic arrangements were jeopardising student safety.

Representatives from the DOI, Department of Education and the school were at the meeting, along with several local and national politicians.

Residents complained that they had not been consulted, and felt the department had not considered the impact of what’s being proposed.

Many were concerned the new layout would lead to increased volumes of traffic along narrow streets in the area.

It’s understood the deadline for responses to the application has been extended at the request of Douglas Council, until the 20th September.