Island to scrap border testing for children under 12? 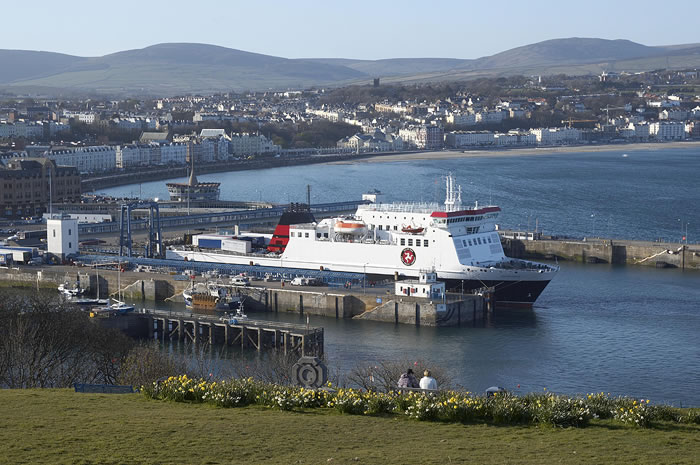 Soon, the Island could scrap border testing for children under 12 and allow more flexibility when travelling from green and amber countries.

Tynwald will this week be asked to approve revisions to the Island’s COVID-19 regulations.  The changes include provisions to open up travel from countries on England’s green and amber lists; to exempt children aged 11 and under from testing and isolation; and to recognise additional vaccines that have received regulatory approval.

The regulations also seek to build in flexibility to enable the Government to continue to respond to the pandemic throughout the summer months.  This week’s sitting of Tynwald is the last one scheduled prior to the House of Keys being dissolved on 12 August, ahead of September’s general election.  Although further changes can be made to regulations, with no House of Keys, Tynwald will not be able to sit to consider secondary legislation or debate policy, until October.

The changes would come into effect at one minute past midnight on Saturday 24 July, if Tynwald votes to approve them.

Testing and isolation arrangements for children

Children aged 4 and under travelling to the Isle of Man are already exempt from testing and isolation.  As part of the proposed changes, this would be expanded to include all children arriving on the Island aged 11 and under.

The change in approach recognises the lower risk young children face in developing serious illness from COVID-19 and the reduced likelihood of them spreading the virus.

Children aged 12 – 17 will continue to undergo isolation and testing, with tests for this age group free of charge.

Currently, anyone travelling to the Isle of Man who has been in a green or amber list country in the previous 10 days must isolate on arrival and agree to a COVID-19 test at the start and end of a seven day isolation period, or self-isolate alone or with fellow travellers only for 21 days.

Under the proposed changes, green list countrieswould be treated the same as England, Ireland, Northern Ireland, Scotland, Wales, Jersey and Guernsey (the Common Travel Area). This would mean that those who are fully vaccinated would be able to travel directly to the Isle of Man without having to isolate or have a test on arrival.

Travellers coming from a green list country who aren’t fully vaccinated would become eligible for the shorter test to release pathway, rather than the 7 day pathway as is currently the case.

Travel rules for those who have visited countries on England’s red list remain unchanged.

Currently, only two doses of Oxford/Astra Zeneca, Moderna, and Pfizer/BioNTech administered in the Common Travel Area qualify someone travelling to the Island to be recognised as fully vaccinated.  Under the proposals, this would be expanded to include any vaccine recognised by the UK’s Medicines & Healthcare products Regulatory Agency (MRHA) or any other competent body.  This would open up travel to the Isle of Man for people from Ireland, where many have had the single dose Janssen vaccine by Johnson & Johnson.

Anyone vaccinated in a green or amber list country who has completed a full course of a qualifying vaccination would be recognised as fully vaccinated.

Those taking part in a qualifying clinical trial for a vaccine would also be recognised for the purposes of vaccination status.

As part of the proposals, the Isle of Man would move away from PCR exit tests for those who have tested positive for the virus.  This reflects the Island’s ongoing transition from an elimination strategy to one of mitigation and is in line with the UK, where isolation ends after 10 days with no PCR test.

The amended regulations would give the Council of Ministers the ability to flex the Island’s COVID rules in areas such as travel pathways, restrictions, and mitigations as the situation may require over the coming weeks and months.  This would enable the Government to respond to any significant change in the Island’s situation, such as the impact of self-isolation numbers on the provision of critical services and the capacity to treat patients in hospital.

The Chief Minister Howard Quayle MHK said: “These latest proposals have been developed with substantial input from Tynwald Members and, if approved, would represent another step forward in our journey to adapt and live in a world with COVID-19.

The changes going before Tynwald represent a further gradual easing of restrictions around our borders and travel as well as our testing and isolation requirements for returning residents and visitors.

“The Isle of Man Government remains committed to restoring unrestricted travel between the Island and the rest of the British Isles.  The 31 August is a key date, as all eligible adults on the Island will have been offered the second vaccination dose and had time for it to become effective.  The Council of Ministers will of course continue to review the situation over the coming weeks.”