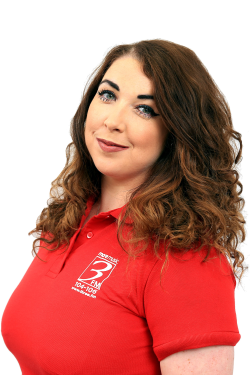 Nickname: Lily, Lea, Lann, Elarna (When she was little my cousin couldn’t pronounce Leanne – despite it only being two syllables - apparently Elarna was do-able..)

Previous Horrible Jobs: My first ever job – a newspaper round. I came back once & the rain had soaked through to my underwear – I knew it was time to move on.

Most Annoying Habit: Not putting lids on properly - on anything, ever.

Most Likely To Say: What’s for tea?

Least Likely To Say: ‘No, I wouldn’t like another Cosmopolitan’

Favourite Food: Just one?! I could eat fajitas 24/7 & I have a weak spot for a good ol’ Roast Dinner.

Embarrassing Moment: I’d rather not disclaim this..

Most Memorable Moment: It’s between graduating university, passing my driving test or being told by my boyfriend he’d planned a surprise trip to New York!

Who's Your Hero: My Nana

How Would You Like To Be Remembered: As someone who made the world a slightly better place.

What Animal Do You Most Resemble: I’m going to go with a house cat – cute, spoilt, loves food & attention.

Give 5 Words That Most Describes You: Sassy, Kind, Funny, Opinionated, Foodie

Worst place been caught short: This could take a while.. I have the bladder of an 84-year-old woman.

If I was invisible for a day, I would: Hop on a plane to somewhere sunny.

I never want to meet: Dermot O'Leary – It’s unjustified but I can’t stand him!