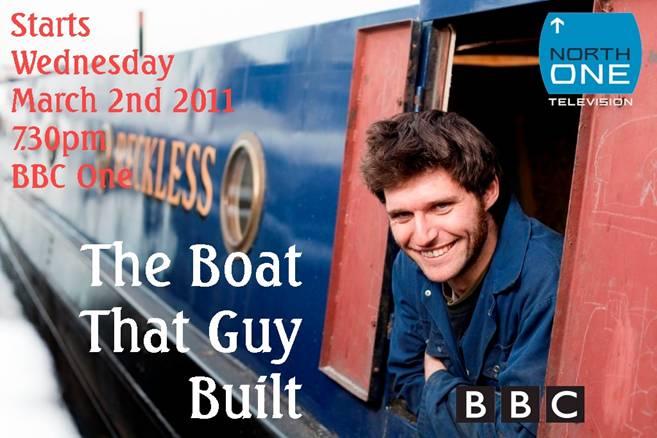 Ever-popular Isle of Man TT star Guy Martin is about to become a prime time feature on BBC1 television!

Ever-popular Isle of Man TT star Guy Martin is about to become a prime time feature on BBC1 television!

Already famous among TT fans for his fast-talking ways Guy's unique personality is set to be unleashed on primetime BBC TV tonight.

The Boat That Guy Built is a six-part series which follows Guy and his best mate Mark as they attempt to fit out a narrow boat using the best British innovations from the Industrial Revolution.

Each half-hour episode will see the 29-year-old trying to complete a mission using only his homemade version of historical gadgets.

Along the way we see how he copes with using only historical methods to carry out every day tasks, from taking a shower to making beans on toast.

The first programme in the series will be broadcast on BBC1 at 7.30pm this evening. It begins with Guy building a blast furnace to cast an iron pot to boil water. He then visits the Wedgwood factory to learn how to create traditional mugs so he can enjoy a cup of tea

Meanhile Guy has confirmed that he will be back in action for this years TT following a serious crash in the senior race last year.