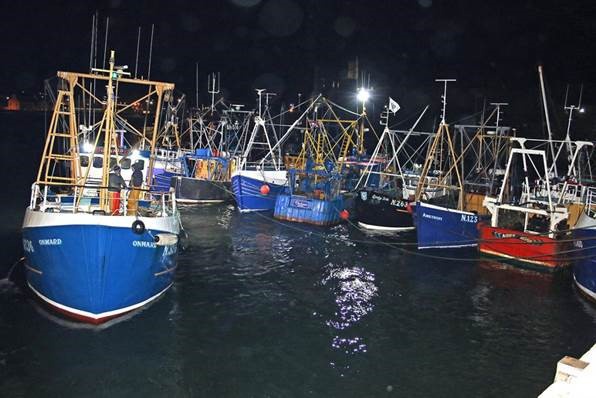 Safety and security measures are to be stepped up at harbours ahead of the King Scallop season.

Around 80 crews from the Isle of Man, Scotland and Northern Ireland are licensed to fish in Manx waters during the seven month season - but not all are expected to do so.

Fishermen are attracted by a catch rate considerably higher than neighbouring fisheries making the Island’s waters a popular choice.

However, with many travelling from areas where Covid-19 restrictions are in place and the ongoing border restrictions, the way harbours are managed will change.

To keep local and visiting crews from mixing they will be asked to use separate and secure designated areas when berthing in Douglas or Peel -with a one in, one out, system for landing catch.

Visiting crews will only be allowed to use these two harbours.

Visiting fishermen will be allowed to manage their boats lines but must not disembark for any other reason - Isle of Man crews already follow this procedure when using UK ports.

Security services will monitor Peel and Douglas harbours around the clock and anyone breaking the rules could face a £10,000 fine or up to three months in prison.