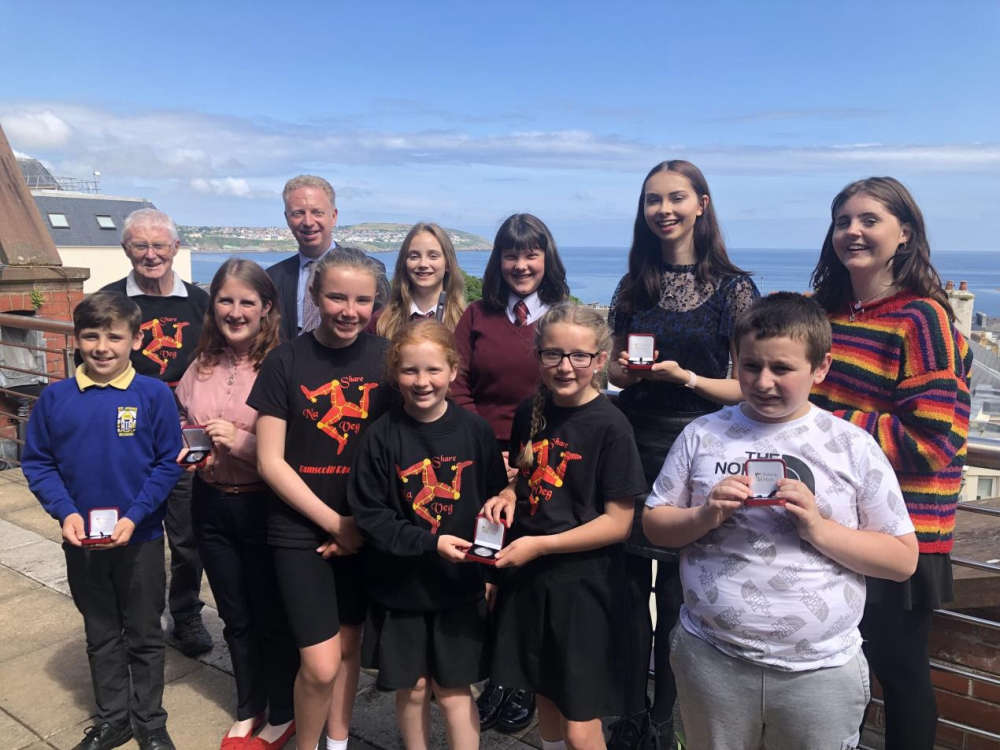 Students who made an outstanding contribution to Manx culture last year have been recognised by the North American Manx Association (NAMA).

The North American Manx Awards honour the achievements of children and young people in areas such as language, music and the arts.

14-year old Roo Hyett and Sophia Taylor, 17, from QEII were recognised for music and language respectively, and St John’s pupil Thomas McAleer was recognised for art.

Ten-year-old Ben Cawtherley, an accomplished artist who attends Bunscoill Rhumsaa, was recognised for overcoming a disability to make a difference in his community.

All winners were presented with a specially minted silver medal by David Holmes – a life member of NAMA.

Education Minister, Dr Alex Allinson said: ‘It has been a tough year for everyone and these awards are a great way to recognise the endeavours and exceptional talents of our young people and their contribution to our rich Manx culture".