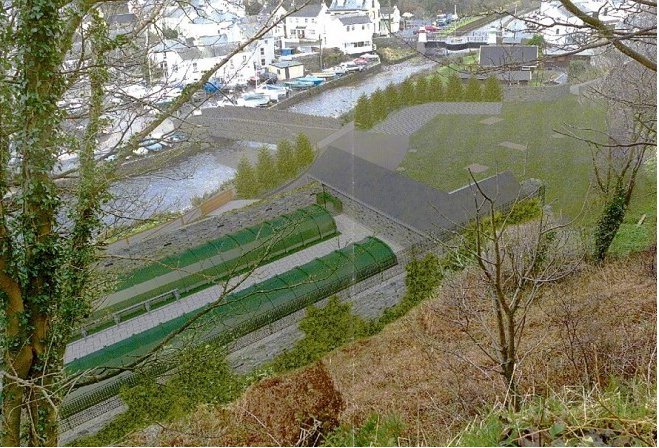 Proposals for a new sewage plant in Laxey should be given the go ahead, according to a report by a planning officer.

Ahead of a decision by the planning committee next week, Manx Utilities’ plans to build a treatment works in a part of the village harbour, have been recommended for approval.

However, the proposals which were unveiled earlier this year, have been met by strong opposition by residents in Laxey.

Last week, Garff commissioners agreed unanimously to formally object to the plans arguing that an alternative site be found.

Currently, waste from the area is discharged into the sea and in the planning officer’s report, she says the proposals for the plant ‘accords with the Tynwald approved Regional Sewage Treatment Strategy’.

This ensures the water bathing quality is not in breach of European standards – ‘a significant beneficial impact’ she writes, given that it is ‘a popular beach which has been well used by locals and visitors alike.’

Major concerns voiced by those in the village was the smell and noise generated by the plant and the negative effect it could have on both locals and tourism.

However, the report says these are ‘not considered sufficient to warrant refusal of the application.’

The report will go to the planning committee for a decision next week.