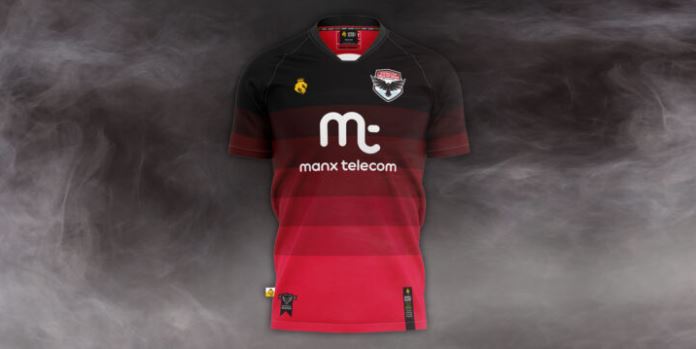 FC Isle of Man has unveiled the home kit it will take to the pitch in next season.

The black and red strip is adorned with the logo of Manx Telecom which was announced as the team's primary sponsor earlier this month.

The design has been chosen after members of the club voted over ten days for their favourite out of a selection of three possible patterns with the winner garnering 55 per cent of the votes overall.

FC IOM has also confirmed that - in keeping its partnership with UNESCO biosphere - the kit will be 100 per cent eco and will be supplied by Hope and Glory.

Plans for the club have been accelerating over the past few months including securing a place the sixth tier of the English National League system and, before that, becoming officially affiliated with the Isle of Man FA.

Commercial Director for the club, Ty Smith, comments: "This ECOkit has received wide-reaching praise from the community on the island and from the global digital community on social media, and I want to place on record my thanks to the team at Hope & Glory.

"Working with the club colours, which have been derived from the Manx palette, I am confident that we have pulled it off."