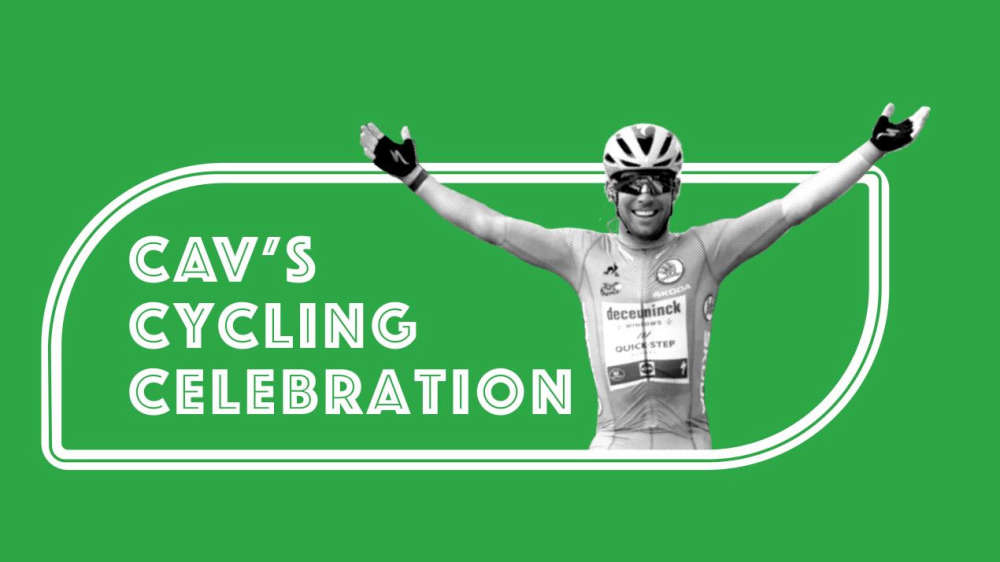 Island residents and visitors are invited to a fan zone at the Villa Marina Gardens on Sunday (18th July) to cheer on Manx cyclist, Mark Cavendish, in his bid to change cycling history.

ITV4 Tour de France coverage will be shown from 2pm on a big screen at this weekend's event.

With two sprints still to contest, it's possible Cav could eclipse the Belgian rider and rewrite the history books at the world's most famous cycling race.

Cavendish wasn't even expected to be racing the 2021 edition of the Tour, but an injury to Deceuninck - Quick-Step's Sam Bennett meant he was a late call-up and he has stunned the race, winning three of the opening 12 stages.

It's the first time he has competed at the event since 2016.

Cyclists on the island are also being invited to take part in a procession to the fan zone from the National Sports Centre in Douglas- if you want to be a part of that you should get to the NSC for 2.30pm.

The cyclists will be accompanied to the Villa Gardens by experienced cyclists and a police escort.

Chief Minister, Howard Quayle said: "What Mark has achieved in his career, but especially in the last fortnight, is simply incredible.

"Everyone in the Isle of Man is extremely proud of him".