DOI criticised for lack of engagement over flood defence plans 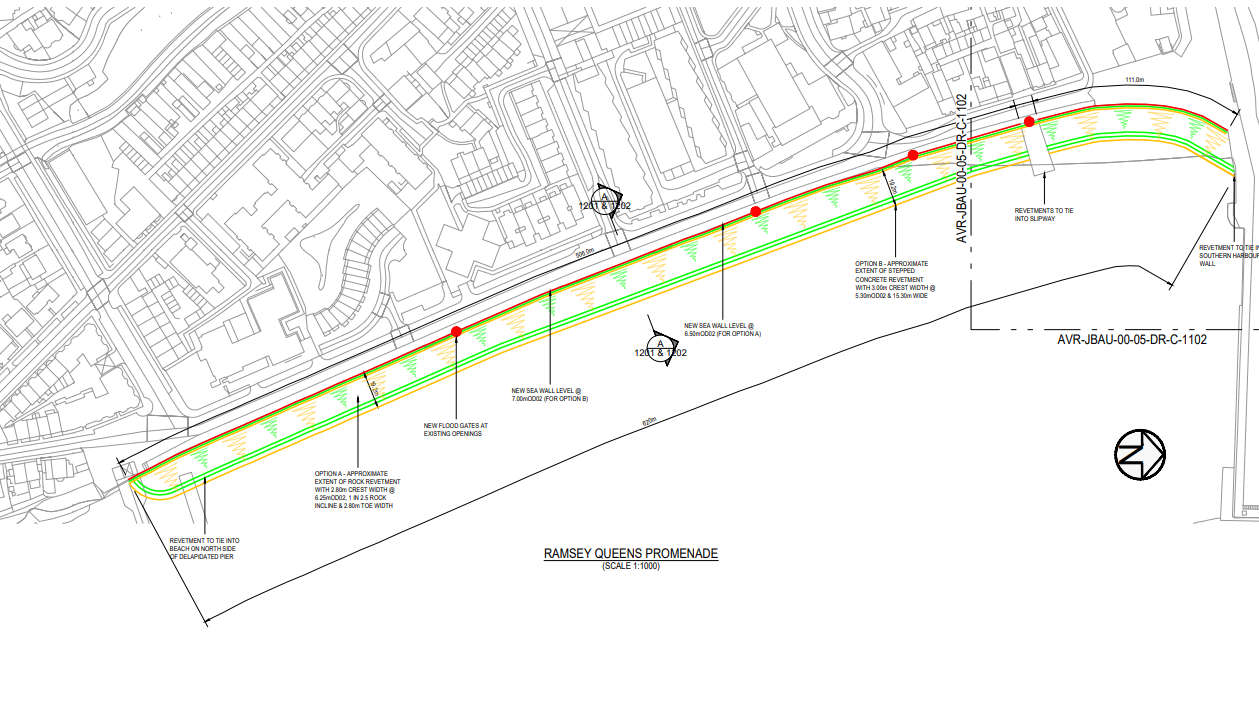 Ramsey Commissioners has criticised the Department of Infrastructure over its plans for flood defences in the town.

Proposals have been published on Government’s official flood hub webpage, which include increasing the height of promenade walls.

The local authority’s hit out at the DOI for a lack of communication over the designs.

Commissioners Chairman Alby Oldham says he’s ‘disappointed with the department for the way in which the scheme has been developed and published’, claiming there’s been no engagement with the authority that represents the community of Ramsey.

The plans are dated June 2020, which Mr Oldham believes is a suggestion the designs are being presented as a ‘done deal’.

If they go ahead, it would see concrete or rock armour revetments extending up to 19 metres beyond the existing sea wall on south promenade.

Concerns have been raised over the impact the proposals would have for roads, parking and the views from the town.