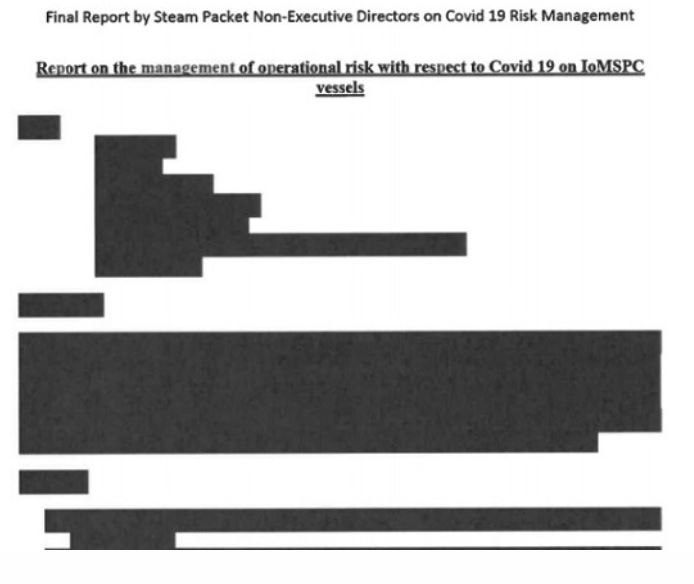 A shareholder’s report into the Steam Packet’s Covid-19 protocols has been withheld from the public.

It was held back by the treasury minister in March to allow a wider investigation to take place.

Michael Josem from the Manx Taxpayers’ Alliance submitted a freedom of information request to make the document public, but in response was given a heavily-redacted version.

Island-based Steam Packet staff were linked to an outbreak of the virus which resulted in the chief minister calling a third lockdown.

The review by the non-executive directors of the company is thought to have cost in the region of £10,000.

However, Alfred Cannan opted against sharing the conclusions so as not to prejudice future inquiries.

The report could be made available next week when the findings of the wider investigation are received by the chief minister.